Ok does not work

Go a lot of us are now in home office for some reason.

I cannot have no or low noice, maybe it's tinitus thing I do not know... so I have music playing while working, which can be a "problem" with that voice/video chats these days.

Oh I play the music on my private PC and for reason not on the work notebook. Having not much space I have KVM switch. And I lazy.. so switch to the pc, mute/stop and switch back is simply way to much work.

After some googling Arduino Lenonardo or (pro) Micro (my choise) with 32u4 chip to the rescue, it is pretty easy to make a keyboard out of. Yes there is that V-USB for cheaper Arduinos but I'm lazy.

I had some Clear Arcade Buttons in the bin from Pimoroni

So I did a little CAD in Fusion360, some 3D printing, soldering, simplest coding and I had this

Possible upgrades: - RGB!!!1!11!! like these Pimoroni RG Arcade Buttons No idea howto keep track of the buttonstate yet. - moare buttons

To have a bridge from an ethernet port to a wifi, just install a ProxyARP
Make sure the dhcp-helper service is enabled.

Reboot the pi and be happy

I did this with a Raspberry Pi (2) and a edimax USB WiFi dongle.

bluetoothctl -a You should get a different command prompt like:

[bluetooth] With your BT speaker on, type this:

A wise entity Eko in DD-WRT Forum wrote this:

So I have changes, but want the newest stuff in the upstream master (I guess that's the name)

First add(stage) all your changes:

Now get the new stuff

And bring your changes back

He strikes again... Teaching Tech with his all in one rear mounted electronics case.
Ok almost, since I have cable chains on my printer

But hey this guy has a remix with a my cable chain connector, but not my MKS GenL 1.0 board, meeehh

Hmm after about 5 min thinking and the power of sharing (and Fusion 360) I combined them to the Ender 3 all in one, universal rear electronics case - Right Case mks gen l with dragchain connector, printed it and now I have the electronics in the trunk too 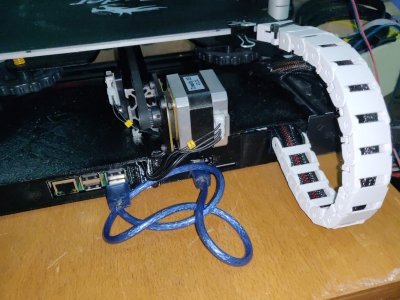 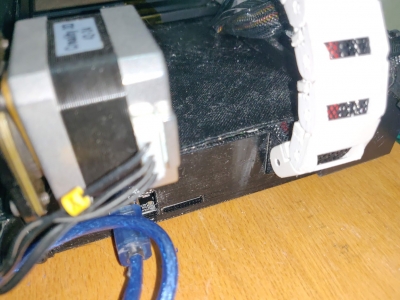 Yes this is crooked, it will be next 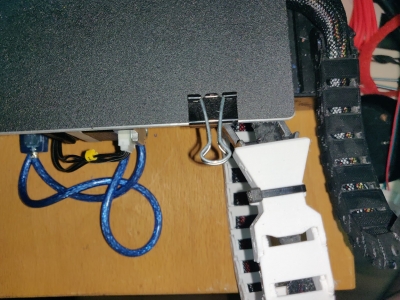 Ok RoSP maybe? Since it is kind of hard to destroy extruded aluminium profiles and the like so one could say it is brain dead?! (nice movie) Since the Mainboard (is this the right name?) and 3 of 4 stepper drivers are not working any more.

How did that happen you ask?

Hmm some stupid guy wanted to install one of then ass cheap Chinese filament run out sensors and had that what could possibly go wrong attitude.

To be fair this my first time to actually break any 3d Printer electronics and I'm playing with this stuff now for about 10 years. Of cause there is no schematic or documentation or googleable infos for my "sensor". And the connector fitted perfectly into a end stop socket of the MKS Gen L 1.0.

For some reason on my test setup with a ramps 1.4@µ24v it worked fine, I guess that's why Chinese stuff is so dirt cheap, the "optimize" an Arduino Mega and a Ramps into a MKS Gen L 1.0 while at it just remove some not so important components.

I will never know since it's just too cheap and not open source (yes I look at you MKS Gen L 1.0) so I replaced them with the same items.

Is my Ender 3 now one of The Printing Dead community?

It's came back to life after it died or is it more a Frankenstein Printer do I have to call it Herman now?

I realized I will never be done modding my Ender 3....

Newest list of changes and the result of the mod:

This nice guy from down under Teaching Tech / Youtube has a lot of good videos and I got most inspiration from him.

List of changes and the result of the mod:

Get my stuff back into working directory

Some hardware test run very long, like 2 000 000 cycles or more in reliability or life tests. Obviously these tests run for months and have to be monitored. It's not nice to loose 10k cycles because one of the units decided to stop for some reason on Friday@1705h. Or one unit stopped 10 min after the one manual check a day (because normally they run for weeks without a problem).

The classic way is to do check all the units manually and maybe several times a day too and even on weekends. This is kind of time consuming since you can easily have like 20 units running at a time and to be honest it's not that interesting to do too.

But if you happen to have a nice interface to ask the units for their states and even give them commands to do stuff e.g. some XML based SSH network connection, you can automate a lot of this checking.

And with some additional coding you can get

This saves time which can be spent on different (more challenging) tasks.

It would be nice to be able to the push all the physical OCP buttons by software (Network/TCP/IP).

In test automation some times the device or firmware is in a state where physical user input is required. E.g. the device was powered down or there is an "internal IP range" select thing and no other interface is running yet or just simple does the Open Mailslot button fire the correct OCP screen (we can read the OCP content by OCP automation) 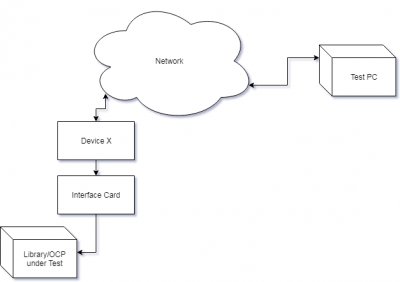